Why World of Warcraft made me love dragons 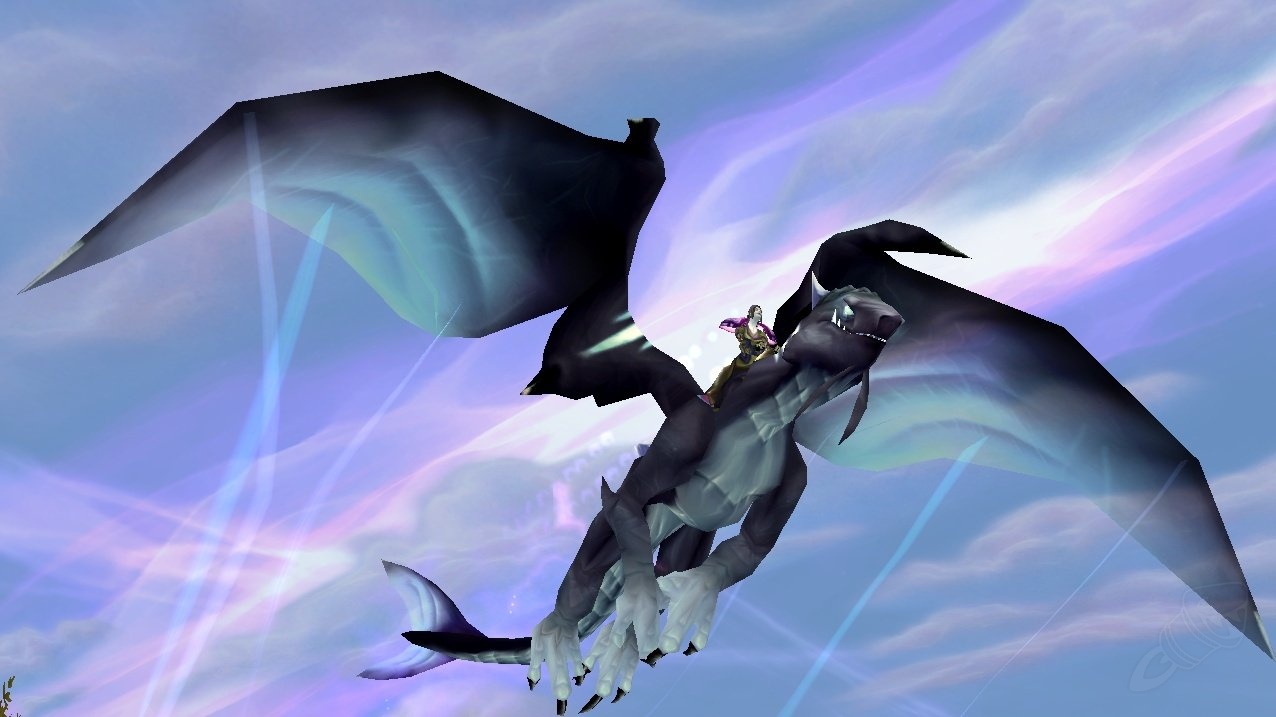 I love dragons. The beautiful, mysterious, enigmatic creatures hold a fascination for me that has gone back to my childhood. For as long as I can remember, I have been enchanted by stories, folklore, films, games and books that have had anything to do with these magnificent beings.

Perhaps my earliest recollection is from avidly watching the Dungeons & Dragons cartoon series on TV. Now in my early-forties, the only thing that sticks out in my mind from that series is that it had dragons. I can’t remember any of the other characters, just the dragons. Looking back, this must have been where the fascination started. Yet it has not been until much later in my life that I began to realise just how much I love them.

I don’t recall much more of my obsession with dragons until one day in my twenties (I think…) I started to play Blizzard’s massively multiplayer RPG, World of Warcraft. How I got into it, I really can’t remember. And at the time, I didn’t even realise that it had dragons, but when I look back now I can plainly see how much this game had a huge influence on my life at the time, and how it nurtured my love for the scaly fire-breathers.

Whilst dragons were aplenty in the 5, 10 and 25 man raid and dungeons, obtaining one’s own dragon to fly on was – in those good old days – a challenge to say the least. Or rather, the one to fly on was. The prize for endless daily quests and an arduous reputation grind on Netherwing Ledge in Shadowmoon Valley was the stunning Onyx Drake mount. Well before the game got ludicrously easy to obtain just about anything from older content, the questline to get your own drake was one of the stand-out moments for me in what must have taken up months if not years of my life of playing Warcraft.

I will never forget the first time I proudly paraded my newly-acquired onyx drake, somewhere deep in the slums district of Shattrath City. For reasons I cannot recall, I had arranged to meet two of my closest guild-friends there, and I made sure I arrived first so I could be mounted as they arrived. I remember the conversation in guild chat as if it were yesterday: “Wow, you guys should see Ceran.” (Ceran was my night-elf hunter character that I main’d those days). “No, I mean you should REALLY see Ceran!” Happy days.

In those days, seeing an onyx drake was a rarity. Latterly, Blizzard (in my personal opinion) ruined the game by making everything so damned easy to obtain. There was no sense of achievement anymore, and that was one of the reasons I stopped playing. But let me tell you, getting that drake was bloody hard, and I was even daft enough to do it on two characters. I used to have far too much time on my hands.

From then on, I made it my personal gaming mission to collect as many dragon mounts as I possibly could, and by the time I finished playing I had collected most, but by no means all. But I was left with the satisfaction I had gained my onyx drake the hard way, the old way. Nothing can take that away from me. Aside from finally defeating the Lich King with my guild after countless deaths, it will remain the defining moment of my Warcraft-playing days. Sometimes, I really miss those days. But I don’t miss what the game has become thesedays, but that’s one for another time.

So I have the likes of Onyxia, Valithria, Deathwing, Sindragosa and Alexstrasza to thank for my undying love of dragons. Some may like it, some may not. But dragons will be a prominent feature of the novels I intend to write both now and in the future. And I can’t wait.